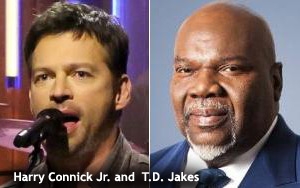 The ever-changing world of TV programming – much of which is no longer on TV or referred to as “programming” -- will take center stage this week (Jan. 18-21) in Miami Beach with that yearly rite of winter, the NATPE show.

And even though the local TV stations that still have them continue to cling to a small group of reasonably high-rated legacy shows that have topped the syndicated rankings for decades (“Wheel of Fortune,” “Jeopardy!,” “Judge Judy” and a couple of others), the NATPE show has shifted its emphasis away from this dynamic to, well, everything else.

“We’re not a conference dedicated to one sector of the business,” said NATPE President and CEO Rod Perth in a phone interview last week. “We repositioned ourselves to be about the emergence and the interdependence of all of these new sectors on one another. We have an emphasis on content delivered in new ways.”

With the nation’s largest TV station groups (the ones not co-owned along with a major network) such as Media General, Sinclair, Scripps, Raycom, Tegna (formerly Gannett) and others all developing their own content these days, particularly for all the platforms -– Web-based and mobile -- that they run in addition to their TV stations, NATPE still draws local broadcasters in droves to soak up the atmosphere and take in the sessions devoted to new media.

“[TV stations] are faced with the impact of new competition on their business, which is primarily from the growth of how viewers are now in charge,” Perth said. “I would say that [the NATPE show is] absolutely additive to their experience in ways that are necessary for them to understand and deal with.”

While the old-school relationship between local TV stations and national syndicators is not reflected in the dozens of panel discussions and sessions to be held at NATPE this week, it’s still a place where the broadcasters and the syndicators rub elbows and take meetings with each other to talk about new shows being offered in syndication for next September.

Of this decidedly smallish group of shows, the two that stand out are both daytime strips (five-day-a-week shows) -- a talk-and-entertainment show hosted by Harry Connick Jr. (titled “Harry” and being distributed by NBCUniversal Domestic Television Distribution) and “T.D. Jakes,” a talk show hosted by a Dallas pastor.

The “Jakes” show represents a new wrinkle in the syndication business: The show is produced principally by a station group --  Tegna -- and not a Hollywood studio. And Tegna has also decided to act as the show’s distributor as well, starting with clearing the show on 29 stations that it owns. So Tegna execs will be at NATPE looking to sell as well as buy.

Tegna’s clearances for “Jakes” on its own stations represent coverage of only 22 percent of the country. The 44 stations carrying “Hollywood Today Live” represent about 50 percent. Understandably, both Tegna and Media General would like to expand their coverage, and to do that, they will most likely have to gain the interest of other station groups.

Like other segments of so-called “legacy” media, the big syndicators rely mostly on renewals of their most tried-and-true properties, including the first-run shows mentioned above, plus all the off-network dramas and sitcoms they produce and distribute. They also try almost every year to launch new first-run shows with, seemingly, more failures than successes (the most notable syndicated show to recently bite the dust was “Meredith Vieira” from NBCU -– cancelled a few weeks ago midway through its second season).

Coincidentally, a piece of research out last week -- and reported here by our own Wayne Friedman -- concluded that the off-network syndication business “is in significant structural decline.”

That’s food for thought as another NATPE show is set to begin.