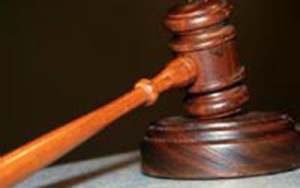 More than half a million LinkedIn members will receive $16 each as part of the company's settlement of a lawsuit alleging it misappropriated users' names by sending email invitations to their friends.

Those figures were revealed in new court papers asking U.S. District Court Judge Lucy Koh in the Northern District of California to grant final approval to the $13 million settlement. The deal calls for LinkedIn to distribute at least $9 million of the fund to members who claim their identities were wrongly used by LinkedIn.

Class counsel says in a motion filed on Thursday that  the settlement is "fair, reasonable and adequate."

They add that the settlement's monetary terms are "particularly impressive in light of other recent class action settlements in the area of digital privacy."

In the last several years, Web companies including Google and Facebook have settled other privacy cases by agreeing to create a fund that makes payments to nonprofits, but not to individual users who were affected by the alleged lapses.

The papers filed last week state that around 550,000 users have submitted claims to the company. Assuming they're valid, LinkedIn will end up paying around $16 to each claimant. The lawyers who brought the case could receive more than $3 million in attorneys' fees.

LinkedIn subsequently argued that it had a free-speech right to send those follow-up emails, on the theory that the service helps people to communicate with each other. In November of 2014 Koh rejected that argument; soon after that decision, LinkedIn and the consumers agreed to resolve the case out of court.

Class counsel wrote that those new obligations "are designed to address, remedy, and prospectively prevent the fundamental harms that gave rise to this litigation."