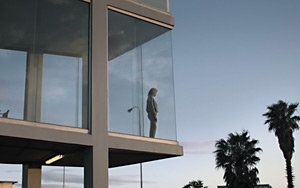 There may actually be an art to supplying the services that keep commerce running.

Pitney Bowes, which began its life making mail metering machines but has gotten of late into a technology solutions business, is launching its first major advertising campaign in 20 years to re-introduce itself and what it does to Information Age businesses.

“They aren’t a company that’s just about mail,” Lou Aversano, CEO of Ogilvy & Mather New York (the agency behind the campaign), tells Marketing Daily. “It’s an important part of their business, but they’re about much more than that.”

The new campaign carries the title “Craftsman of Commerce” to illustrate the skill behind the work it provides, which has come to include location intelligence, customer engagement, and customer information management. “[CEO] Marc Lautenbach has taken a purposeful strategy to put much growth into Pitney Bowes,” Aversano says. “It’s not just a campaign in that sense. It’s part of a bigger plan.”

The effort includes two new television commercials. The first shows a series of close-ups of hands doing various activities — writing on a white board, using a keyboard, navigating spreadsheets — that go along with the services Pitney Bowes provides. “These are the hands that drive commerce,” says a voiceover. “That build business across borders; that fill need, want, and desire.” The hands are also described as being able to “dig up clues,” “plow the data,” and “sow the seeds of business growth.”

Another commercial shows various business executives in various settings (including a porch on a late night, in an office building, on a park bench in a deserted park) contemplating various business issues. “Lost shipments, lost invoices, lost prospects, lost respect,” says the voice over before onscreen text reveals: “You have problems. We have solutions.”

“When we talk about craftsman, they are trusted, precise, and they care about what they do,” Aversano says.

The video ads will run during sports and business programming, Aversano says, while digital and social elements of the campaign will emphasize the craftsmanship elements of Pitney Bowes’ business.