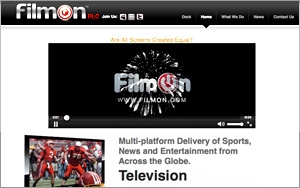 Online video distributor FilmOn X is not entitled to a compulsory cable license that would enable it to stream TV programs, a coalition of TV broadcasters argues in new court papers.

The broadcasters want the 9th Circuit Court of Appeals to reverse a decision issued last year by U.S. District Court Judge George Wu in Los Angeles, who said that FilmOn should be considered a "cable system," and therefore entitled to a cable license. Fox, ABC, CBS, NBCUniversal and others argue that FilmOn isn't a cable system because it doesn't have stream programs from a traditional "facility."

"A traditional cable system ... has a control center, known as a 'headend,' where it receives broadcast signals, and then it retransmits those signals directly to its subscribers over a transmission path fully within its control," the networks write in a brief filed Wednesday with the 9th Circuit. "By contrast, while Internet-based retransmission services may have physical facilities that receive broadcast signals, those facilities do not include the means of retransmitting the signals directly to subscribers."

The broadcasters also argue that the Web-based FilmOn shouldn't be considered a cable system because it can transmit programs throughout the world. Traditional cable systems, by contrast, are local.

The company lost that battle in 2012, when the 2nd Circuit Court of Appeals in New York ruled that ivi wasn't a cable system because it didn't limit its streams to specific geographic locales. The appellate court said in its decision that compulsory licenses are only available to systems that transmit shows to restricted markets.

FilmOn then re-launched using the same system as Aereo -- also now defunct. That platform relied on individual mini-antennas to capture over-the-air shows in particular locales and stream them to consumers. FilmOn says it authenticated people's geo-locations, and only streamed programs to people who could have received them over-the-air.

Although FilmOn stopped offering many television programs, it continued to battle the broadcasters in court. The company now argues that it should be considered a cable system given the Supreme Court decision -- which said the company's platform was "for all practical purposes a traditional cable system."

Last year, Wu agreed with FilmOn on that point, writing that the Supreme Court's characterization of the technology is "about as close a statement directly in defendants' favor as could be made."

Wu acknowledged that the question was unsettled, and authorized the broadcast networks to seek immediate review of his ruling from the 9th Circuit Court of Appeals. He also left in place an injunction that prohibits FilmOn from streaming copyrighted material without a license.

The broadcasters offer a host of rationales for overturning Wu's order, including that it will strip copyright owners of their ability to control the distribution of their work, and therefore "dampen their incentives to invest in new programming."

The TV companies add: "Internet-based retransmission services are not subject to extensive FCC regulation, including must-carry requirements, and do not have to make significant infrastructure investments in terms of laying cables. ... Congress’s rationale for affording traditional cable systems a compulsory license therefore does not apply to Internet-based retransmission services such as FilmOn X."