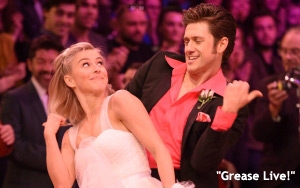 There’s life in the old gal yet -- the “old gal” being television.

Take last Sunday’s live telecast of “Grease” on Fox. If this production demonstrated anything, it’s that when all is said and done, the key to drawing an audience is putting on a great show, even though that’s not something that can be done on all days at all hours.

Still, the success of “Grease Live” on Fox was due to a confluence of fundamentals that were all done correctly. The network chose a surefire show (and one that NBC was probably eyeing for one of its own live, musical telecasts, but now has been denied), went all in on the production (two sound stages, 21 sets, 20 cameras, more than 600 costumes and the list of goes on and on), and scheduled it shrewdly on a Sunday night in January after NBC’s prime-time football games had run their course.

The three-hour telecast dominated TV on Sunday night, drawing 12.2 million viewers and clobbering the competition in the demo too (a 4.3 in 18-49 viewers). The show seemed to lead off a week in which TV took center stage in a way that sometimes seems rarer and rarer these days.

Take Monday night, for example. If there is one subject that seems to be on the minds of most people these days it’s these cockamamie presidential campaigns. They have dominated conversations for months and reached a crescendo (the first of many such crescendos we are likely to experience this year) Monday with the Iowa caucuses.

On Monday night, TV was the place to be -- particularly the three cable news channels, all of which did their predictable bit: MSNBC brought you up to date on Bernie vs. Hillary, Fox News Channel was the destination for Republican race reports, and CNN, as usual, straddled both worlds. (Yes, I know MSNBC and Fox did not exactly neglect reporting on the opposition too, so please don’t write me any annoyed e-mails today, MSNBC and Fox News publicists.)

The coverage symbolized all that is vexing about the nexus of politics and news media these days. On the one hand, we were all curious to learn who won and lost, so you can hardly blame the news channels for covering it at the expense of any other topics for the entire day and late into the evening.

On the other hand, this kind of wall-to-wall coverage -- in which this Iowa caucus is treated with the same level of weight and importance as an actual national election night -- is the reason why some people are frustrated by our news media. People look at all of this coverage and they begin to feel the news is being hyped and blown out of proportion. They’re probably right -- we live in a competitive media world, so what are you going to do?

As the week progressed, the two TV shows garnering the most attention were two ripped-from-the-headlines dramas on commercial-supported TV -- ABC’s two-part, four-hour recounting of the Bernard Madoff swindle story (Part Two of “Madoff” airs Thursday night) and “The People v. O.J. Simpson” on FX, a 10-part, “limited” series about the biggest story of the 1990s.

And now comes Super Bowl weekend -- the biggest TV weekend of them all. And strangely, the buildup to the game has seemed oddly subdued this week, as if no one is really talking about it.

Maybe that’s because the nation -- and the TV industry and the NFL -- takes the Super Bowl for granted. And well they should since viewership for the big game will go through the roof as it always does -- business as usual for old-school TV, which is very much still alive and still kicking, at least this week.