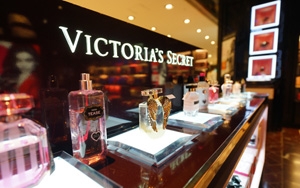 "Victoria's Secret undertook a misguided effort to increase sales by causing the mass transmission of spam text message advertisements in the form of mobile alerts," Michael Hannegan alleges in a potential class-action lawsuit, filed last week in U.S. District Court for the Central District of California.

Hannegan accuses Victoria's Secret of violating the Telephone Consumer Protection Act, which prohibits companies from using automated dialers to send SMS ads to people without their consent. That law provides for damages of up to $1,500 per message.

Hannegan alleges that he agreed to receive messages from Victoria's Secret in May, but that the company said it would send six messages per month. "Any additional messages beyond the first six ... were unauthorized and sent without plaintiff's consent," he says in his complaint.

He says that at first, he received monthly texts of "generic advertisements for various products and sales." But on Nov. 4, he allegedly received 97 text messages in a single day. It's not clear from the lawsuit whether the messages were identical; the complaint alleges that the messages all contained "a generic non-personalized advertisement."

He is seeking class-action status on behalf of all cell phone users who received more than six messages per month from Victoria's Secret.