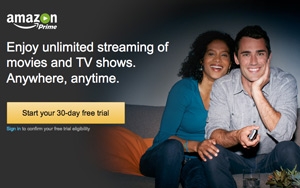 Live TV, like the Super Bowl, will remain important on select days of the year -- but overall non-live TV platforms/technology continues to grow.

In a December survey, Leichtman Research Group says 81% of U.S. homes have either set-top DVR technology; subscription video-on-demand service (SVOD) Netflix; or use video-on-demand (VOD) from a pay TV provider.

The research says 30% of homes are using two of the services, and 13% use all three, while 57% of homes get a SVOD service -- Netflix, Amazon Prime, and/or Hulu. Overall, 48% of adults stream any of these services on a monthly basis.

Looking at Netflix in particular, 83% of its streaming users watch its programming on a TV set, while 37% of all adults stream Netflix weekly -- compared to 8% in 2010.

Leichtman says the research came from a telephone survey conducted in December 2015 of 1,214 U.S. adults age 18 and older. The random sample of respondents was distributed and weighted to best reflect the demographic and geographic makeup of the U.S.