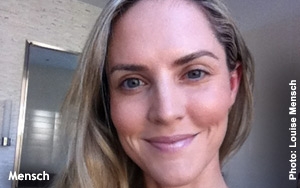 On Twitter, Mensch described the Web site as “libertarian” and promoted it with the hashtag #NoSafeSpaces.

News Corp spokesman Jim Kennedy told The Independent that Heat Street will, “in a spirit of free speech and no 'safe spaces,' cover a variety of topics from a diversity of viewpoints.” He said the slant would be center-right.

Mensch will work with Noah Kotch, a former ABC, NBC network producer who helped launch Vocativ, according to BuzzFeed News. Kotch served as The Washington Post’s video director for two weeks before leaving the job in late January.

Freelance journalist Miles Goslett has been appointed the UK editor of Heat Street. He will work with the U.S. team and continue rolling out Heat Street content when the U.S. operation winds down overnight.

Heat Street will begin hiring a few staff members and start small, focusing on the American market. Mensch is an interesting choice to lead this project revolving around conservative U.S. politics.

According to BuzzFeed, she is “staunchly anti-abortion and backs Republicans in the U.S.”

Mensch has been working with News Corp on “digital projects” with “creative and strategic” responsibilities since 2014, which came as surprise to many, considering that she was one of the MPs who questioned Rupert and James Murdoch on the infamous phone hacking scandal in 2011.

Mensch is a former Tory MP, who resigned in 2012 from Parliament to spend more time with her family in New York City. Her husband is music manager Peter Mensch.

In June 2012, Mensch launched a social-networking site called Menshn, which was supposed to serve as an alternative to Twitter. It was shuttered within its first year.