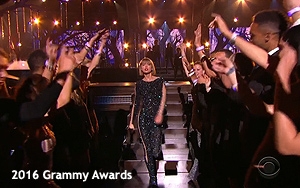 While analysts say the stats need to be put into perspective -- the event aired on a Sunday a year ago where viewing can be typically higher -- the numbers have been declining for a number of years.

Still, CBS says digital viewing of the event through its CBS All Access subscription video-on-demand service achieved record results -- its highest day ever for both time spent live-streaming (up 247%) and unique users (up 192%) over last year’s Grammy Awards.

CBS did not release any specific total numbers for live-streaming and unique users. Last year was the first time the “Grammy Awards” were streamed live.

CBS hasn’t release any specific number of subscribers with regard to CBS All Access.