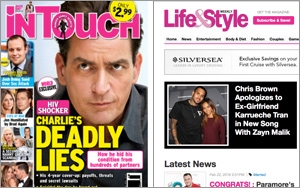 The U.S. digital business of celebrity and lifestyle magazine publisher Bauer Media Group, Bauer Xcel Media US, today announced that it grew its average monthly unique users in the U.S. by 42% from 2014 to 2015.

Christian Baesler, president of Bauer Xcel Media's US operations, stated that his division’s properties started with only about 1 million average monthly users in 2012.

Now, their brands reach more than 25 million unique users per month in the U.S. “...we have built all of our audience through organic means, mainly focused on maximizing our social media engagement,” Baesler stated.

He referred to Bauer Xcel Media’s “unique approach” to content production, in which its editorial teams make decisions based on data. “Rather than simply repurposing print articles, our goal is to focus on trending topics that will attract the largest audience possible,” he added.

This is good news for the company, which announced last November that M and Twist would transfer to digital-only formats after their January/February 2016 issues.