Hectored By Hollywood: Joyless Oscars Were Hard To Endure 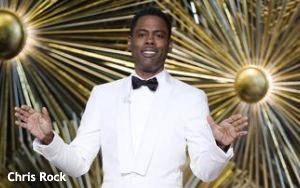 The Oscars nominated a movie named “Joy,” but the Oscar telecast was joyless.

Instead, it felt like an exercise in ceaseless hectoring. Listening to all the talk about racial snubbing was like being jabbed repeatedly with a sharp stick. Ouch! Cut it out, will ya?

I tried to get on board the OscarsSoWhite pain train, but alas, I could not. In the final analysis, I couldn’t get past the fact that everyone doing the protesting was hugely successful and fabulously wealthy.

Sorry if this paints me as shallow and superficial, but at various times during host Chris Rock’s monologue, and whenever a past Oscar winner such as Whoopi Goldberg or Morgan Freeman made an appearance, I would ask myself: What are we complaining about again?

Paradoxically, I thought Rock’s opening monologue was great, except for one thing: It felt inappropriate for a telecast such as the Academy Awards that is supposedly designed to attract a mass audience of all ages.

Plus, it should go without saying, but I’ll say it anyway: Moviegoing is a leisure activity that the majority of us do for pleasure, and we pay more for tickets every year to do so. So why do I have to feel as if I’m being scolded by the movie industry when I’m watching their hallowed Academy Awards show?

To his credit, I suppose, Rock remained true to what we have come to expect from our top comedians these days. He took the fearless approach -- seemingly saying anything he wanted with no apparent filter no matter what the consequences, which might include white viewers (or possibly even black ones too) wincing when he evoked images of lynchings and rapes and at one point even describing “grandma swinging from a tree.”

But cringing and wincing in a nightclub setting during a stand-up performance is one thing. It’s why you go and see a comic like Chris Rock in the first place. But during an Oscar telecast? I am sure there were parents somewhere in this large and diverse country who were cringing when Rock joked about getting into Rihanna’s panties.

The kidding around about Hollywood racism continued far past Rock’s monologue Sunday night on ABC. The theme was taken up in at least three pre-taped bits -- the one in which black characters were “added” to some of the Oscar-nominated movies, the one featuring Angela Bassett in which a Black History Month tribute turned out to be about Jack Black, and the one in which Rock was seen in a black neighborhood in L.A. interviewing residents about the Oscar-nominated movies.

The truth is, these bits weren’t the ones that seemed to suck the joy out of this Oscar show. Other elements conspired to do this, starting before the awards show even started when Robin Roberts was interviewing Best Supporting Actor nominee Mark Ruffalo.

When the race issue came up, Ruffalo expressed his hope that it would ignite a much-needed national conversation about race in this country -- as if this conversation has not already been underway for years, if not decades. Why do actors insist on making these kinds of statements whenever someone shoves a microphone in their faces?

Several hours into the telecast, Academy President Cheryl Boone Isaacs made a speech on behalf of diversity and the need for the movie industry to do more to promote it. That Isaacs, who is herself African-American, would address this issue was really no surprise. But it added to the tedium of a telecast that stretched to three-and-a-half hours in length.

And then there was Vice President Joe Biden, who appeared onstage to say a few words about sexual abuse and the need to curb it. Well, few would argue with such a sentiment, but here again, I have to ask: Was the Oscar show the appropriate place to express it?

He was also there to introduce Lady Gaga’s performance of her Oscar-nominated song on the same subject, “’Til It Happens To You.” Her performance came across as angry, and many are lauding her on social media for “taking a stand” on this subject.

But this was also the precise moment when I was struck by the joylessness of this entire telecast. I concluded that beneath all the jewelry, gowns, tuxedos and money, Hollywood apparently seethes with dissatisfaction. Last night during the telecast that is supposed to promote it in all of its shining glory, Hollywood came across as the unhappiest place on earth.

Oh, and by the way: “Spotlight” winning Best Picture over “The Revenant” or “Mad Max: Fury Road”? You have got to be kidding me.

And one last thing: Moe Greene (Alex Rocco) made the montage of the movie people we lost during the past year, but Sal Tessio (Abe Vigoda) did not. What is the world coming to, anyway?