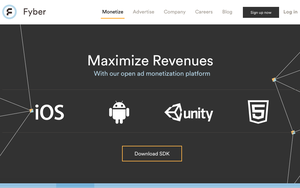 Fyber is trying to address two needs, according to Janis Zech, Fyber's COO. The first is for those who want to sell inventory directly at a premium price, and the second is to help clients run cross-promotional campaigns.

"We don’t know yet which use case is going to be used for, but we believe both are pretty important to cover in a marketing optimization tool," Zech said.

The ad server, which will roll out with partners later this month, will initially support rewarded video, followed by other formats.

Fyber claims several features set its ad server apart from others: the ability to create and manage direct deals with advertisers and agencies; cross-promote users within their portfolio to support new app launches and drive engagement of high-value users to apps monetizing at higher rates; get control and flexibility with campaign management; and enable competition between all sources of demand.