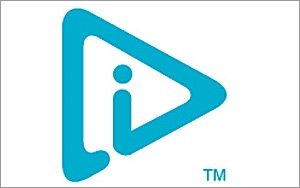 The industry self-regulatory group Digital Advertising Alliance is launching a new ad campaign promoting its AdChoices program, which aims to inform consumers about online behavioral targeting and allow people to opt out of receiving targeted ads.

The campaign, which was developed in-house, will run for at least the rest of this year, according to DAA Executive Director Lou Mastria. Google, Facebook, LinkedIn, AOL and Rocketfuel have so far donated inventory for the campaign.

The campaign aims to educate consumers about the AdChoices icon: the centerpiece of the industry's self-regulatory campaign. Consumers who click on that icon, currently served more than 1 trillion times a month, eventually are taken to landing pages where they can reject behaviorally targeted ads.

The DAA's new ad campaign directs consumers to a revamped home page for the AdChoices program. That page offers links to separate sites containing information about matters including how companies track people's Web-surfing activity in order to send them targeted ads, and how to opt out of receiving those ads. The AdChoices program doesn't give consumers the ability to opt out of data collection.

Unlike the prior landing page for the program, the new site doesn't include videos. It's also optimized for mobile devices.

"We weren't seeing a lot of uptake on the videos, so we decided to go more for very easy finger scrolling," Mastria says. He adds that almost one in four visits to the AdChoices site today come from mobile devices.

"At the end of the day, having an educated consumer about what’s going on with data and understanding benefits and safeguards in place, ultimately benefits the ad ecosystem as well as the consumer," Mastria added.

The new initiative comes one year after the DAA released a mobile app and mobile opt-out page.

The DAA's last major campaign for the AdChoices program ran from 2012 to 2013.

Despite the online push, many consumers aren't aware of the program. The agency Kelly Scott Madison reported last May that fewer than one in 10 Web users know what the icon means. A separate study last year by privacy compliance company TRUSTe found that 37% of Web users were aware of the icon.