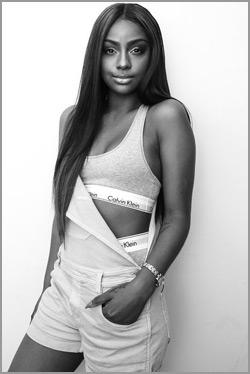 Powered by strong—one might even say Bieber-tastic—marketing, Calvin Klein is on a tear, with revenue in its fiscal fourth-quarter up 21%. And in what may be a real-time first, the brand broadcast its campaign shoot on Periscope, releasing elements of the shoot through Snapchat and Instagram.

PVH Corp., Calvin Klein’s parent, says its total revenue gained 7% (on a constant currency basis) to  $2.07 billion for the quarter, including a 5% rise in the Tommy Hilfiger brand. “Our Calvin Klein business was a highlight,” says CEO Emanuel Chirico in its release, “as investments we made over the last few years continued to generate solid results, and we saw strength across all regions where we operate.” And in an appearance on CNBC’s “Mad Money,” he commented further: “We have some tremendous marketing campaigns around the brand and the product is just living up to it."

Calvin Klein sales were even stronger in North America, up 22%, mostly on the strength of its underwear. And in the coming quarter, PVH projects global sales will pick up another 12%.

Separately, Calvin Klein says that it broadcast parts of its Fall, 2016 campaign shoot on Periscope, Twitter’s platform for video broadcasts. “We are proud to give unprecedented admission to our Fall 2016 global campaign shoot to consumers during the creation process,” Calvin Klein CMO Melisa Goldie, said in making the announcement. “Calvin Klein is a brand that thrives on storytelling. As the fashion industry evolves its approach to consumer engagement, we believe that real-time access into an iconic Calvin Klein advertising campaign would be a compelling and innovative way to tell our story.”

It also posted content taken from the shoot on  Snapchat and Instagram, providing additional ways for fans to react.