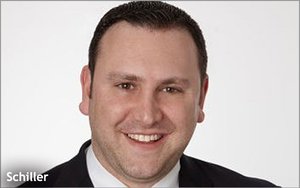 Schiller will report to Brian Sugar, CEO of PopSugar Inc. He will be responsible for leading the brand partnership team and the company's global media advertising revenue.

Schiller will help shepherd the company as it continues to expand, especially as PopSugar increases its focus on video, a spokesperson told Publishers Daily.

As part of its push toward video, PopSugar and health and fitness TV channel Z Living inked a production deal earlier this month. PopSugar will create TV versions of their online series and develop a prime-time series exclusively for Z Living. All of the shows will be branded “PopSugar on Z Living.” Z Living and PopSugar are planning to offer advertisers the opportunity to buy across both properties.

PopSugar Inc. said Schiller will be in charge of “accelerating the company’s stated goal of shifting from display to content marketing,” as well as overseeing an “increased emphasis” on providing brands integrated marketing solutions via the company’s content studio The Bakery.

Sugar stated that Schiller’s experience “will help us to navigate our continued growth and further global expansion.”

Prior to PopSugar, Schiller was CRO of Evolve Media. He oversaw revenue operations, marketing, brand positioning and partnerships for their three business units: CraveOnline Media, TotallyHer Media, and Martini Media. Before Evolve, he served as Chief Sales Officer at Hearst Magazines Digital Media.

PopSugar has had a few significant shifts in executive positions as the company continues to expand.

In November, cofounder and editor in chief of PopSugar, Lisa Sugar, added president to her title. In December, Chief Business Officer Jen Wong left for Time Inc. to become president of digital.