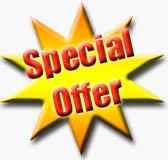 Using mobile devices throughout the course of the day gives consumers a distinct edge, if they take advantage of it.

This wasn’t always the case, as businesses like retailers and restaurants lagged behind what customers wanted to use their phones for.

It has taken a while, but businesses have come around to leveraging smartphones for far more than trying to sell ads.

For example, in the early days of in-store barcode scanning, with apps like ShopSavvy, Amazon PriceCheck and Scanlife, a shopper could very quickly scan a code, instantly see the prices at competing stores and got a price match.

During those early times, the technology would typically work just fine, but trying to convince a checkout cashier that they should match a price shown on a phone was, to say the least, challenging.

Since many pre-smartphone consumers didn’t price check, other than many of the aggressive Sunday circular readers and deal hunters, creating a new behavior because of mobile would take time.

The other roadblock for successful mobile price-matching at retail was lack of training of store personnel. That’s now finally part of sales associate training at many merchants so cashiers know at least the basics of how to match a price when a shopper shows them their phone.

Retailers like Best Buy and Staples ultimately clarified price-matching policies for all, including adding Amazon to the list of prices to match.

But it’s not only retail where mobile has expanded.

For example, Outback Steakhouse just introduced a mobile app that lets diners pay from their smartphone, which is hardly revolutionary. However, the big add in the app is that customers can add their name to the waiting list for a table rather than standing in line upon arrival.

Mobile pre-ordering is finally catching on at many other establishments as well.

And in remote ordering, chains like Domino’s Pizza added voice ordering via mobile app, thanks to its Nina-powered voice from Nuance, maker of the voice recognition engine. And Pizza Hut is tapping into Visa’s Checkout so consumers can buy by swiping their phone.

The fast food industry, of course, was always ripe for mobile, with its model of recurring transactions, the lifeblood of a successful app.

And then there are coupons, which just about all mobile surveys show that customers want, especially when relevant.

A McDonald’s top executive this week said the chain is developing a rewards program with targeted offers and discounts for frequency.

The key in all of this is who uses what mobile functionality to benefit themselves.

For example, I’ve been using price checking apps since they came out and can’t even calculate how much money I’ve saved, though it’s a lot. Many people still have never heard of price-checking apps.

For pizza, many people still call by phone to place a pizza order.

And for restaurants with regular long waits, many consumers arrive and dutifully give their name to a friendly receptionist who tells them about how long their wait will be.

There is mobile technology and then there’s behavior.

Until an individual personally perceives or experiences a specific mobile benefit, they aren’t likely to jump onboard that particular train.

But those who do save money, wait less time in lines and get better deals, some of which conceivably are subsidized by those not using mobile to its fullest.

Sometimes tech based revolutions take a bit of time.

This article was originally published in MobileShopTalk on March 16, 2016.