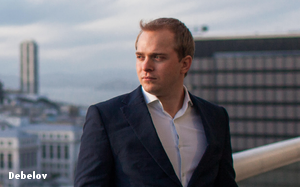 Virool, a programmatic video platform, raised a Series A round of $12 million from Menlo Ventures, Yahoo! Japan, Flint Capital and 500 Startups.

Building on a $7 million seed round from VC firms and investors including FundersClub, Troy Carter and Farzad (Zod) Nazem, this new round will go toward developing Virool's technology.

It will also be used to build its executive team and sales and marketing departments.

The company will broaden its North America, Latin America and Europe plans and expand into APAC (Asia-Pacific region), beginning with Japan.

Virool CEO Alex Debelov said the company started small, with just two co-founders, Debelov and Vladimir Gurgov, in an apartment. In 2012, the company launched out of Y Combinator, a seed accelerator, and now it has 72 people and offices in San Francisco, L.A., London, New York and others.

"The company has been growing really, really fast," Debelov said, adding that March was the best month in Virool's history. The new round allows Virool to bring its mission to life much more rapidly at a larger scale, he added.

John Jarve, managing director of Menlo Ventures, said Virool has become a preferred way for publishers to monetize on the Web, adding that the company’s "incredible growth over the last three years serves as a testament to the team’s ability to deliver the right product for their customers.”

In March 2015, the company announced the launch of a new in-feed video ad unit for desktop and mobile, Real-Time Daily reported. Virool works with publishers including Mashable, Adweek, The Daily Dot, The Onion and Political Insider, and brands including WestJet, Bank of America, Under Armour, Turkish Airlines and Quaker.