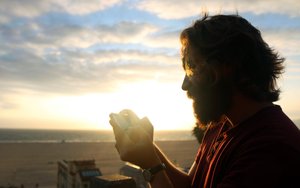 If it seems as if watching video on cell phones is becoming a ubiquitous pastime, that’s because it is. About 81% of Americans who use smartphones are now streaming video on those phones -- a trend driven in large part by those under 25, NPD Group says in a new report.

This demo spends twice as much time watching video from YouTube and Netflix on their phones as those over 25. In addition, this group is consuming video both of the TV and movie variety from Netflix, as well as snack-sized content from YouTube.

While it’s not surprising that young people are avid video viewers on their phones, the widespread reach and regularity of such viewing is still noteworthy, illustrating the ways in which consumer behavior has shifted to the small screen.

Specifically, those under 25 are watching about 18 minutes of Netflix every day on their phones. That compares to only eight minutes for older users. Likewise, the under-25 set views 14 minutes per day from YouTube on their phones, while their older counterparts watch seven minutes.

The mobile phone seems to be winning as the device of choice for the next generation. It is, quite simply, their TV.

A related study from Deloitte confirms this finding. Millennials said the most important device in their home is their smartphone. About 56% of Millennials watch movies and TV shows on devices other than TVs, according to the Deloitte report. The researchers also found the Millennials spend more time streaming video than watching TV.

This column was previously published in Video Insider on April 1, 2016.

engagemillennials, mobile, netflix, research, smartphone, streaming
1 comment about "Millennials Love Their Phone Like A TV".
Check to receive email when comments are posted.
Next story loading