'American Idol' Paved Way For Competition Shows Of All Kinds 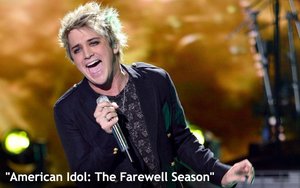 Many people in the TV business owe a debt of gratitude to “American Idol” because the many competition-reality shows it spawned made millions of dollars for them.

“American Idol” paved the way. If not for this show and the template it established, the TV industry might never have discovered that the aspirations of ordinary people with extraordinary talents could form the basis for a slew of competition shows in myriad fields -- cooking, fashion design, dancing, stand-up comedy, you name it.

There have been dozens of them in the years since “Idol” debuted in June 2002 (as a summer show, if you can believe it). The list is endless: “Project Runway,” “America’s Next Top Model,” “Top Chef,” “Last Comic Standing,” “The Voice,” “The X Factor,” “America’s Got Talent,” “So You Think You Can Dance,” “The Apprentice,” “Shark Tank,” “Hell’s Kitchen,” “Face Off” (the make-up artistry competition show on Syfy), “RuPaul’s Drag Race,” “The Next Food Network Star” and on and on and on.

The craze swept the world too. All of the hit competition shows licensed their formats to producers and broadcasters around the world and suddenly the entire planet was awash in amateur talent shows.

This was the world ushered in by “American Idol,” which is having its final episode Thursday (April 7) on Fox. Starting at 8 p.m. Eastern, the episode will be two hours and six minutes long, ending at 10:06 Eastern with the crowning of the show’s 15th champion.

Thus the curtain will fall on a show that was once the singular phenomenon of its era. But in the years since, it fell victim, like so much of the rest of network television, to the explosion of attractive viewing choices available elsewhere and also to the crowded field of music-competition shows that it created.

Once upon a time, “American Idol” had the talent-show field to itself. As the years went by, the novelty wore off and “Idol” became just one of a dozen of them. But those first seasons were glorious for a journalist on the TV beat.

Here was a show that was capturing the imagination of an entire nation in an era when it was still possible to produce a show with “mass appeal” in the true sense of the phrase, a show that multiple generations could watch together – children, parents and even grandparents. These groups of related people living in the same dwelling space -- or “home” -- were known as “families.” Remember them? Sometimes, they watched TV together.

“American Idol” was such a sensation that for its first few seasons, my colleagues and I, at the newspaper where I once worked, covered the arrival of each new season, and subsequently each episode, as if they were the Super Bowl.

Once, on a publicity swing through New York, Paula Abdul paid a visit to our newsroom. My one memory of her was that she was a serial hugger. Seconds after she met someone, she was throwing her arms around him or her, leaving them with stunned looks on their faces.

In those days, “American Idol” minted real stars -- Kelly Clarkson (season 1), Fantasia Barrino (season 3), Carrie Underwood (season 4). Jennifer Hudson didn’t even win (she came in seventh in season 3), but she later won an Academy Award for “Dreamgirls.” Simon Cowell’s career was made by “Idol” too.

I am sure that many of the other winners in the show’s 14 previous seasons went on to carve out careers in the music business. But few are remembered like the winners of those first few seasons. Indeed, the ratings for “American Idol” peaked in Season 5 with an average audience for each episode of 30.7 million. Last season, the average was 10.9 viewers, according to this analysis by Marc Berman.

In addition, it’s worth noting that the finale of “American Idol” this week is airing outside of the May sweep. And while it’s true that sweeps months are not as vital in the biggest TV markets as they once were, networks still save their best shows for them, generally speaking. Not too long ago, the “American Idol” finale was a May sweeps staple, ending the TV season for Fox with one of the highest-rated shows of the year seen anywhere on television.

In recent days, there’s been some chatter that a reimagined “American Idol” might emerge elsewhere in the not-too-distant future -- a new “Idol” for a new world. It won’t be the same, though. How could it be?

The series finale of “American Idol” starts at 8 p.m. Eastern on Thursday (April 7) on Fox.