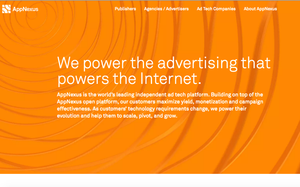 AppNexus announced updates to its viewability offering on Thursday, as well as a Media Rating Council (MRC) accreditation on its viewability measurement tools for desktop display ads.

AppNexus is using the Alenty tech acquisition with two products: viewable deals and automated viewable guarantees. With both products, AppNexus is investing in what it sees as a future ad market where viewable impressions are the currency people will be trading on, said Andrew Eifler, VP-product management, AppNexus.

A viewability-transacted media ecosystem could mean publishers design pages in a way that betters the user experience. High-quality publishers will get more money, and sites made just for purpose of hosting as many ads as possible simply will not be paid, Eifler said.

Eifler also mentioned that most of the companies with MRC viewability accreditation are pure-play viewability or brand safety companies. Will other ad stacks follow AppNexus by baking viewability tech into their platforms?

Eifler thinks so. "In general, it’s fairly clear to us that the future of digital media will be transacting on a viewable basis," he said, adding, "I think, in a year from now, if a DSP or SSP doesn't have this solution, they will be left behind. It’s just very clear that's the way market's going."