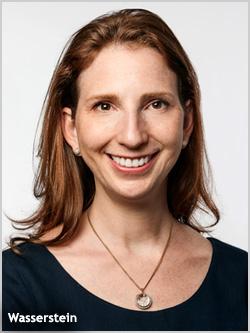 Pamela Wasserstein is replacing Anup Bagaria as CEO of New York Media, which publishes New York magazine and the digital properties nymag.com, Vulture, the Cut, Daily Intelligencer, Grub Street and Science of Us.

The change is effective May 2.

Bagaria has served as CEO since 2004, the same year New York was bought by Pamela's father, the late Bruce Wasserstein, who passed away in 2009. The family has owned it ever since.

Pamela Wasserstein has served as New York’s co-chairwoman and head of strategy since 2014. She has also served as a trustee of the Wasserstein family entity that owns New York.

“In recent years, it became clear that the company needed an in-house CEO, and we are fortunate to have someone uniquely positioned for the role in Pam Wasserstein,” Bagaria said in a statement.

According to a statement from New York, Wasserstein will “oversee an ambitious expansion in several areas” in her role as CEO.

Moss added that Wasserstein has “a strong vision for the company’s future.”

Another expansion comes in the form of New York magazine’s new tech vertical, Select All, which launched this week and is run by former Gawker editor Max Read.

Two years ago, the company cut New York's print frequency from 42 issues per year to 29 in order to push more resources towards their digital-only verticals.