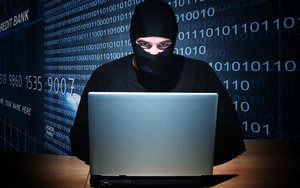 Google reported on Monday that Web sites being hacked rose 180% in 2015 compared with the prior year. To combat the issue, the company released a hacked spam algorithm in October 2015, which results in removing the majority of those issues.

Google also sent 4.3 million messages to webmasters to notify them of manual actions the company took on their sites and to help them identify the issues.

Content was also an issue, Google saw an increase in the number of Web sites that had "thin, low-quality" content. More than 400,000 spam reports were submitted by users worldwide. After prioritizing them, Google acted on 65%. Of those, Google found 80% to be spam.

The news, highlighted on Webmaster Central, also notes that spam not dealt with by algorithms was tackled in a more manual way. More than 4.3 million messages were sent to webmasters notifying them of these actions.

Google put together more than 200 Hangouts online and live events in more than 17 languages to help webmasters with questions, as well as increase the participation in their webmaster help forums. Now if they can only do something about the telemarketers who keep calling me.

Google blocks ads or rejects advertisers for a variety of reasons, such as selling counterfeit goods or finding a way to prompt users to click accidentally. The company suspended more than 10,000 sites and 18,000 accounts for attempting to sell counterfeit goods.

The Alphabet subsidiary, which gains more than 90% of its revenue from advertising, blocked more than 12.5 million ads that violated our health care and medicines policy, such as ads for pharmaceuticals that weren’t approved for use or that made misleading claims to be as effective as prescription drugs.