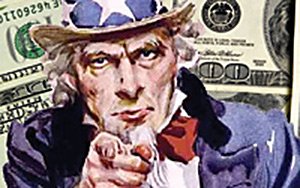 An organization representing Web companies is challenging a new South Dakota law that requires some out-of-state retailers, including e-commerce sites, to report and collect sales tax.

NetChoice, which counts eBay, Google, Overstock, and Facebook among its members, argues that the law marks an unconstitutional attempt by South Dakota to regulate interstate commerce. The organization, together with the American Catalog Mailers Association, is asking a state court judge in Hughes County to declare the new measure invalid.

The law, which took effect this week, applies to all out-of-state retailers with more than $100,000 in annual sales to South Dakota residents, or more than 200 transactions per year with South Dakota customers -- even if those companies have no other connection to the state.

NetChoice and the American Catalog Mailers Association point to a 1992 Supreme Court ruling that catalog companies need not collect sales tax unless they had a "substantial nexus" to the state, like brick-and-mortar companies within its borders. "The new statute ... imposes the obligation to report South Dakota sales tax expressly upon sellers and service providers that have no physical presence in the state, based solely on making sales over certain minimum thresholds to South Dakota customers," the organizations write.

It's not clear whether the current Supreme Court would uphold its prior 1992 ruling. Last year, Supreme Court Justice Anthony Kennedy suggested that state governments should be able to require out-of-state online retailers to collect sales tax.

“The Internet has caused far-reaching systemic and structural changes in the economy, and, indeed, in many other societal dimensions,” Kennedy wrote in a concurring opinion in a battle involving Colorado's online sales tax.

The court in that case ruled that the Direct Marketing Association could proceed with a challenge to Colorado's “Amazon tax." Kennedy agreed with that narrow conclusion, but suggested that state authorities should be able to tax businesses that lack in-state brick-and-mortar stores. “Although online businesses may not have a physical presence in some states, the Web has, in many ways, brought the average American closer to most major retailers. A connection to a shopper’s favorite store is a click away -- regardless of how close or far the nearest storefront," he wrote.