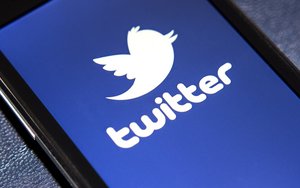 Twitter is going to stop counting photos and links within its 140-character limit, the social giant said Tuesday.

The move is part of broader effort to squeeze more value into every tweet, according to Todd Sherman, senior product manager at Twitter.

“We have plans to help you get even more from your Tweets,” Sherman explains in a new blog post. “We’re exploring ways to make existing uses easier and enable new ones, all without compromising the [platform’s] brevity and speed.”

When replying to a tweet, @names will no longer count toward the standard 140-character count.

Likewise, when users add attachments like photos, GIFs, videos, polls, or Quote Tweets, that media will no longer count as characters within their tweets.

Twitter is also enabling the Retweet button on users’ own tweets, so they can more easily Retweet or Quote Tweet themselves when they want to share a new reflection.

Relatively speaking, this coming change is minor compared to earlier reports that Twitter was considering a 10,000-character limit.