Former Ebony EIC Heads To Interactive One As SVP, Content/Brands 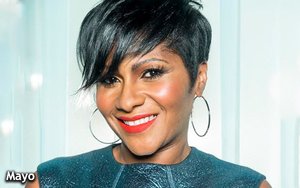 Digital publishing company Interactive One has hired former Ebony editor-in-chief Kierna Mayo as the new SVP of content and brands.

According to a statement, the company, which has a portfolio of Web sites focused on African American and Hispanic audiences, is currently expanding its efforts to reach a broader millennial audience as well as serve its core African American base.

“[Mayo] has a history of not only covering the news, but also creating the conversation, which is a lynchpin of iOne's future content strategy,” stated Detavio Samuels, president of Interactive One and One Solution.

Mayo will spearhead the expansion of video initiatives across iOne’s national brands GlobalGrind, HelloBeautiful, NewsOne and TheUrbanDaily. She will also oversee the editorial direction and content strategy for the company, which includes Web sites for Radio One stations.

Mayo started out as a hip-hop journalist and later co-founded and served as editor-in-chief of Honey Magazine. Mayo has also been a contributor to outlets like BET Networks, Tyra.com, Essence and Hearst Magazines.

Mayo will take on the role starting June 27th.

The new publishing entity, Ebony Media Operations, will keep the magazine's Chicago headquarters and its New York editorial office. Most of the company’s current staff will also stay on board, Michael Gibson, co-founder and chairman of Clear View Group, told The Chicago Tribune.

Linda Johnson Rice, chairman of Johnson Publishing and daughter of company founder John Johnson, will remain as chairman emeritus on the board of Ebony Media Operations.

This marks the first investment in the publishing business for Clear View.

"We made this purchase because this is an iconic brand — it's the most-recognized brand in the African-American community," Gibson told the Tribune.

Kyra Kyles will replace Mayo as editor-in-chief at Ebony. Kyles was previously VP and head of digital editorial for both Ebony and Jet. Cheryl McKissack, COO at Johnson Publishing, will take over as CEO of the new company.

Ebony will continue to publish its monthly print edition, though Jet went digital-only in 2014.

"There's a lot of good reasons to keep the print," Gibson told the Tribune. "That will always be our anchor. We want to grow the digital platform more consistently with both Ebony and Jet.
Johnson Publishing, which will likely change its name, will keep the company's cosmetics line, Fashion Fair. Ebony's historic photo archive, which chronicles decades of African-American history, will remain up for sale. It was put up for sale in January 2015.