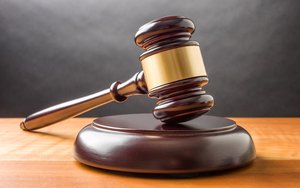 In the last year, smart TV manufacturer Vizio has been hit with several lawsuits alleging that it violates a federal video privacy law by sharing information about consumers with ad tech companies and data brokers.

This week, Vizio suggested it will defend itself by arguing that the federal Video Privacy Protection Act -- which prohibits video providers from disclosing personally identifiable data about consumers' video-watching history without their consent -- doesn't apply to electronic device manufacturers.

Vizio says in papers filed Wednesday that the lawsuits rely on the "far-fetched" theory that "companies that merely provide the vessel through which media content travels are liable."

The company makes those assertions as part of an effort to delay exchanging evidence until after U.S. District Court Judge Josephine Staton in Santa Ana, California rules on whether the cases can proceed.

"Plaintiffs should not be entitled to use discovery to pry into defendants’ business affairs or fish for additional defendants or claims until this court has first determined whether plaintiffs have actually stated a viable legal claim," Vizio says.

The first video privacy lawsuit against Vizio was filed last November, less than one week after ProPublica reported that Vizio tracks television viewers by default, and then shares data with companies that send targeted ads to people's phones, tablets and other devices.

Since then, numerous other consumers have filed similar lawsuits. The matters have been consolidated and are now pending in front of Staton.

Those companies characterize claims that they violated the federal video privacy law as "frivolous."

Questions about whether these transmissions violate the video privacy law haven't been definitively resolved. Congress passed the law in 1988, after a Washington D.C. newspaper obtained and published the video rental records of Supreme Court nominee Robert Bork.

But other courts have dismissed lawsuits against video distributors that allegedly transmitted "anonymous" information to outside companies. In one recent dispute, a judge in Seattle dismissed a lawsuit by Roku user Chad Eichenberger, who accused ESPN of transmitting his Roku's serial number, combined with data about videos watched, to Adobe.

Eichenberger has appealed that matter to the 9th Circuit Court of Appeals.