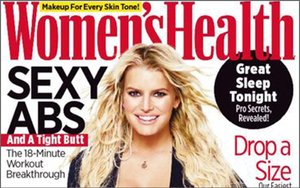 BillCam links live bills to news articles. For example, a Women’s Health article about PMS could link to AB 1561, a bill introduced in California to label tampons as medical necessities and thus be exempt from sales taxes.

“With an election year upon us, we have increased our coverage of political happenings as they relate to women’s health issues,” stated Women’s Health editor-in-chief, Amy Keller Laird. “BillCam is a seamless integration into our edit coverage that will allow our engaged audience of women to explore — and act upon — important issues both locally and nationally.”

DailyClout will work alongside online magazine editors to determine where to place BillCam within articles that specifically “touch on women-centric issues currently up for debate with the nation's lawmakers,” per the company.

For the magazine, it’s a good time to up political coverage. The Atlantic earned such success with its July/August political issue that it printed an additional 25,000 copies to “meet newsstand demand.”

And last week, The New York Timeslaunched "The Run-Up," a new politics podcast that will cover the remaining three months of the presidential race.