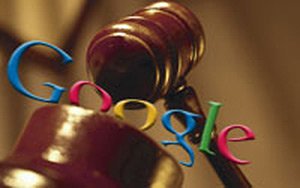 Siding against Google, a federal judge has refused to dismiss a lawsuit alleging that the company unlawfully scans Gmail messages for ad-targeting purposes.

But the opinion, issued Friday, appeared to leave open the possibility that the case could still be dismissed on the grounds that Google's email scans didn't cause any concrete injuries.

The ruling stems from a lawsuit filed last year by San Francisco resident Daniel Matera, who said he doesn't have a Gmail account, but is forced to communicate with Gmail users due to the "ubiquity of Gmail."

Matera, like others who have sued Google and Yahoo over email ads, alleged that Google "intercepts" email messages and sells ads based on their contents. He accused Google of violating the federal wiretapping law as well as a California privacy law.

Google argued in papers filed last October that the case should be dismissed for several reasons, including that scanning emails for ad purposes isn't covered by the wiretapping law. That statute prohibits companies from "intercepting" electronic communications without people's consent, but contains exceptions for interceptions in the ordinary course of business.

"Google is able to provide the Gmail service to at least some users without intercepting, scanning, and analyzing the content of email for advertising purposes," she wrote, referencing the company's 2014 move to stop scanning emails sent through its education apps. "This strongly suggests that the alleged interception, scanning, and analysis of email neither facilitates nor is incidental to the provision of Google’s electronic communication service."

The decision was consistent with two prior rulings by Koh in other privacy lawsuits against Google and Yahoo.

In 2013, Koh first ruled that Google potentially violated privacy laws by scanning emails in order to surround them with ads. That lawsuit was brought on behalf of Gmail account holders as well as non-Gmail users.

Koh also allowed Web users to bring a privacy class-action against Yahoo for allegedly scanning emails for ad targeting purposes. She recently tentatively approved a settlement that requires Yahoo to add new language to its privacy policy, and to make some technical changes to the way it scans emails, but doesn't require the company to otherwise change its ad-targeting efforts. The agreement doesn't call for Yahoo to pay monetary damages to Web users whose privacy allegedly was violated, but provides for payments of up to $4 million to the attorneys who brought the case.

In June, Google filed new papers arguing that the lawsuit should be dismissed based on the Supreme Court's recent decision in a case against the online data broker Spokeo.

The Supreme Court's decision in the data broker case stemmed from a 2010 lawsuit by Virginia resident Thomas Robins, who alleged that Spokeo violated the Fair Credit Reporting Act by posting incorrect information about him.

The Supreme Court ruled in May that Robins can only proceed in federal court if he can show that Spokeo's errors caused him a "concrete" injury.

Google said that decision entitles it to dismissal of Matera's case, arguing that he can't show a concrete injury. "Plaintiff does not allege, for example, that the alleged violations led to the disclosure of his confidential information to third parties, or that he suffered any other purported harm from the alleged 'interceptions' of his emails," Google wrote.

Koh said in her ruling that she would address Google's contentions regarding that issue in a future order.