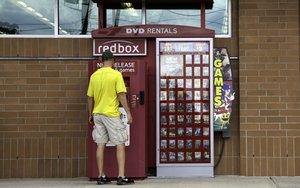 Despite the ever-increasing consumption of content through digital means, consumers are still attached to their video discs.

According to GfK’s Home Technology Monitor, consumers who once owned (or still own) physical copies of films and television shows are less likely to add intangible digital versions to their collections.

“Consumers are having problems figuring out the download procedures or remembering passwords or services,” says David Tice, senior vice president of media and entertainment at GfK. “It’s not as simple as just putting in a disc and playing it.”

Additionally, while 37% of consumers said they had bought a DVD or Blu-Ray that also contained a digital version of the content, two-thirds of them never accessed that version, saying they either couldn’t see the need or simply weren’t interested. “Few people are taking advantage of that,” Tice tells Marketing Daily. “They don’t see a use for it.”

Though many of these consumers have shown a propensity to own video content in the past, consumers seem to believe they have access to enough content through streaming and subscription models, and owning the content has become less of a priority, Tice says.

“Content creators and distributors need to do a better job of translating viewers’ passions and curiosity into digital transactions at the title level – which brings a lot more direct revenue to the companies involved,” he says. Accordingly, these content creators and distributors may need to embark on further efforts to educate consumers about the ease and simplicity of owning digital content, which is something the subscription streaming services have mastered.

“People who have subscriptions to the streaming services feel they can get enough [content] to keep them occupied. And, again, there’s that ease of use,” Tice says. “Half the battle may be to communicate to people that [digital download procedures] are not that much worse than logging in to other services.”

2 comments about "Consumers Still Like Their DVDs, Blu-Rays".
Check to receive email when comments are posted.
Read more comments >
Next story loading