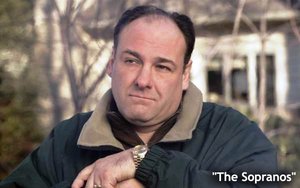 For the many multitudes who desire to be TV critics, I offer these helpful tips -- the basis for a full-fledged guidebook now in the formative stages that I like to call “How I Write TV Reviews (and You Can Too!)”.

I don’t know how other TV critics write their reviews, since we’re not a collegial bunch known for amiably exchanging views and ideas. But speaking for myself, I have tried to apply a handful of personal rules and guidelines to my reviews -- something I have been doing for the better part of 20-plus years.

These unwritten rules will now become written rules for the first time. But a word of caution: Although I refer to these as “rules,” they are easily -- and at times necessarily -- broken. Having said that, here they are:

By all means, be honest. It is deceptively simple. Tell your readers what you really think, based on the reaction you had when you watched the show. Make clear whether you liked it or didn’t like it. The best reviews are based on these first impressions, since these are the most visceral. Strong opinions tend to weaken the longer you mull them over. Zeroing in on your opinion is surprisingly easy when reviewing TV shows. About 85-90% of it is usually dreck. And then there are shows you watch in advance of their premieres such as “The Sopranos” or “Mad Men,” for example, that you remember for your entire life because their high quality was so undeniably obvious from the first minute.

Be fearless. This is a subset of the “be honest” rule. What this means is: No matter what you think the conventional wisdom or consensus might be about a TV show, stick to your guns and put your opinion out there anyway, even if you are the only person on earth with this opinion. Many critics feel more comfortable conforming to the commonly held opinions of others, rather than adopting the courage to offer a contrarian viewpoint.

Avoid clichés like the plague. I am proud to say I have never used the phrase “laugh-out-loud funny” in any review I have ever written, although I have described at least one show (and possibly two) as “cry-out-loud sad.” I have never declared any TV show to be the “feel-good [anything] of the year.” I have never used the word “shines” to describe any actor or actress’ performance (as in “January Jones shines as Betty Draper in ‘Mad Men’!”). Shoes, apples and hardwood floors shine; people don’t.

Try and use plain English. I tend to avoid certain words and phrases that critics commonly use that I suspect are not in wide use among their readership (although I could be wrong). I’m talking about words such as frisson, schadenfreude and biopic -- this last being taken from the glossary of Variety-speak. With a handful of exceptions (for example, the word “sitcom,” which started at Variety but is now in wide use), I have always done my best to avoid using Variety words. By contrast, many critics love using biopic, “cabler” (for cable network), “talker” (for talk show) and so many others. Not in wide use anymore: Boffo.

Actors usually get a pass from me. The acting in a TV show -- whether comedy or drama -- almost never emerges as a subject for criticism. There are exceptions, but generally speaking, professional actors and actresses who have been cast in high-profile TV shows are usually fairly well accomplished in their craft. If a show is bad, the problem is rarely the acting, and almost always the material they’re given to act with.

Focus on everything else. So what didn’t you like about a show? Or what did you like? It could be any number of things -- singly or in combination: The situation, the writing, the action (or the lack thereof), the laughs (or the lack of those too), a paucity of likable characters, the cinematography (either beautiful or impenetrable, such as scenes shot in the dark), casting, storytelling devices, time frames, locations (such as Canadian cities standing in for L.A. or New York) and so much more. Take your pick, then nitpick. As a critic, it’s your duty.

Get used to the fact that your constant harping on the flaws of TV shows will amount to nothing. The best you can hope for is that people will enjoy reading you, even if they don’t agree with you. As for “making a difference” -- as in getting the TV business to make changes in line with all the things you feel are wrong with the shows they’re producing -- don’t hold your breath.