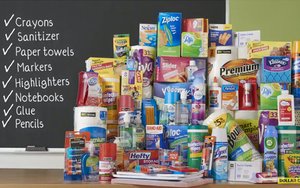 Looks like shoppers may be losing their taste for those darling little dollar stores, with Dollar General, Dollar Tree and Big Lots reporting disappointing sales. That news comes even as market researchers are finding new enthusiasm for bargains among affluent shoppers, as well as big love for the convenience of small-box stores.

Dollar General says total sales climbed 5.8% to $5.39 billion in the second quarter, from $5.10 billion in the same period last year. But same-store results for the Goodlettsville, Tenn.-based company rose just 0.7%.  Shoppers spent more per transaction, but traffic to its stores declined.

And Dollar Tree (that’s the one that bought and swallowed Family Dollar last year) says that while total sales jumped 66% to $5 billion, its same store results inched up just 1.2%. Net income at the Chesapeake, Va.-based retailer increased to $268.2 million, from $170.2 million in the same period last year.

But the dollar-store channel continues to be one of the most-watched segments of the retail business, with implications for other formats. For one thing, despite their widespread appeal among lower-income consumers, affluent shoppers love them too. According to a recent report from report from NPD Group’s Checkout Tracking division, almost 20% of spending at dollar-stores comes from families with household incomes higher than $100,000 per year, and 14% from those with household incomes of between $75,000 and $99,000. But the biggest customers are those in families earning $25,000 or less per year, who shop dollar stores with far more frequency.

And an analysis from Nielsen earlier this year identified younger audiences as especially important for all small-box stores, driven by their need for speed: “Consumers make the vast majority of their small-box trips to meet immediate needs,” it says, “so it’s critical that retailers in this channel deliver on the promise of convenience while meeting the specific needs of each shopper’s trip — or they risk losing the shopper’s future trips as well.”