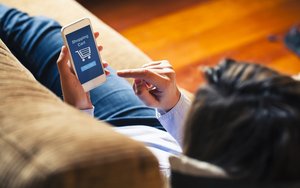 The gulf between what consumers want from stores and what they actually get in online shopping is wider than ever, according to a new report from Deloitte.

Some of that is good news for retailers, with digital now influencing some $2.1 trillion in in-store spending. (That’s roughly 56 cents on every dollar.) But some of it is making retail marketing even tougher: Just 30% of people in the survey say they respond to retail advertising, down from 70% two years ago. That’s because shopping online has given people more control — and they like it.

Some 66% say they prefer “a self-directed shopping journey,” up from 30% in 2014. “Retailers’ ability to influence that journey is at an all-time low,” the report says. And they have made it worse, by being “painfully slow at moving from a legacy ‘campaign’ mindset (where everything is planned around sales events) to a 'customer’ mindset (where the planning process is built around the needs of different segments of customers instead of sales events).”

On the other hand, it finds positive online experiences have also sparked a much higher degree of willingness to share data, such as location and personal details, in exchange for a better shopping experience. “The majority of consumers’ preferred method of locating, buying and receiving product in-store has been redefined by their online experiences,” it says. “This proves the store has more influence over online purchases than retailers may think.”

One conclusion that Deloitte draws from this study -- the fourth time it has fielded the research -- is that retailers are wasting time and money if they think their own sites can win with customers. The report says it’s a “fallacy that any single retailer, which only interacts with a customer six to eight times per year (in a mostly transactional manner), can gather enough information to provide a meaningfully personalized experience. Contrast this with the kind of relationship, trust, and understanding of preferences and purchase intent that a digital platform like Facebook or Pinterest can create when they interact with that same customer for several hours a day.”

The report, based on responses from some 5,100 shoppers, also concludes that retailers’ Millennial obsession is somewhat misplaced, with 78% of all shoppers using a digital device more than once.