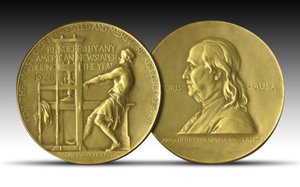 All print and online magazines are now eligible for Pulitzer Prizes, the organization’s board announced Wednesday, a move signalling the acceptance of digital publications as print media companies increasingly expand online.

Joyce Dehli, co-chair of the Pulitzer board, stated: “The broad expansion of digital journalism has led to a growing overlap in the work and roles of newspapers, digital-only news sites, and magazines.”

Now that many magazines publish news and commentary daily on the web, as do newspapers and other news sites, “distinctions among them have blurred,” added Dehli.

The board made its decision after two years of experimentation, including a study by the board committee and a revised set of guidelines for eligible organizations and individuals. In 2015, Pulitzer Prizes opened up two journalism categories to magazines, and five were opened this year. There are 14 categories in total.

“We have seen ample evidence that our juries and board can fairly judge magazine entries alongside the best work of newspapers and news sites,” stated Mike Pride, administrator of the prizes.

The board stressed that all entered material should come from regularly published U.S. newspapers, magazines and news sites that “adhere to the highest journalistic principles.”

"Consistent with its historical focus on text-based journalism, the Pulitzer Prize Board continues to place emphasis on the enduring value of words and of serious reporting, while also recognizing the opportunity provided by the internet for integration of text with audio and visual elements, as well as data analysis, to strengthen reporting and storytelling,” the organization stated.

Broadcast organizations and their websites remain ineligible for the prizes.

The board also altered the entry process for the 2017 prizes. Instead of requiring entry letters, the board will ask entrants to answer a list of questions about their work, specific to each category.

The Pulitzer Prizes are administered at Columbia University and were established by Joseph Pulitzer, a journalist and newspaper publisher. This year’s Pulitzers marked the centennial of the awards.
awards, online publishing
Next story loading