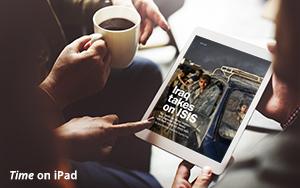 Mobile Web growth is the biggest indicator of overall magazine audience growth, according to the latest Magazine Media 360 Brand Audience Report, released this week from The Association of Magazine Media.

The report revealed that magazine brands’ growth on mobile Web resulted in overall audience growth. Of the 89 brands that experienced total audience growth in the report, 83% of those brands saw an increase in their average mobile web audiences in September.

Conversely, of the 43 brands whose total audience declined over the same period, 60% reported declines in mobile Web audiences as well.

The report shows that total magazine audience is up 6.7% over a year ago.

As for print, which includes digital editions, total audience grew by 1.2%.

The Association of Magazine Media’s Social Media Report for the third quarter revealed Facebook growth slowed to 3.8% from 5.5% last quarter, but continued to dominate other social-media platforms, with more than twice the audience of Twitter.

The top five magazine brands with the most total audience — across print, Web, mobile Web and video — for September 2016 were ESPN The Magazine, People, Forbes, WebMD Magazine and Allrecipes.

The top five magazine brands with the most percentage growth in total audience for September 2016 compared to a year ago were Domino, The New Yorker, W, Marie Claire and Country Living.