Ahead Of The Pack, Patagonia Goes All In For Planet 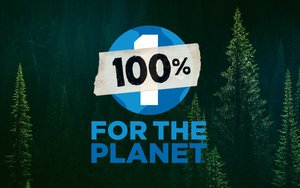 Patagonia — no stranger to radical branding statements around the holidays — is at it again, this time promising to donate all its Black Friday sales to environmental groups. (Yes, that’s all sales, not some portion of its profits.) And the move comes shortly after its intense activist push to put the planet first in the recent election.

“As people think generously about family and friends, we also want to help our customers show love to the planet, which badly needs a gift or two (and still gets coal every year),” writes CEO Rose Marcario, in a letter to customers. She promises to donate all the cash to grassroots organizations that are working to protect air, water and soil.

“These are small groups, often underfunded and under the radar, who work on the front lines,” she says, adding that the outdoor brand already gives 1% of sales to such groups, with donations totaling $74 million. “The support we can give is more important now than ever.”

Patagonia, which closed all its stores on Election Day to give employees the chance to vote, has said it is dismayed by the results of the recent election, and concerned that under President-elect Donald Trump, the U.S. stays committed to the Paris Climate Agreement. “We are disappointed that climate change was so absent from the national conversation during this election year,” it says on its blog. “There is no excuse for near-total silence on our most urgent global priority, let alone complete denial by a large portion of the prevailing political party.”

Back in 2011, Patagonia made Black Friday headlines with its controversial “Don’t buy this jacket” ad, a comment on holiday-consumerism-on-steroids, which also contained a confession about its own environmental shortcomings.

Competitor REI, meanwhile, is making plenty of noise with its Black Friday statement, closing all of its stores and sponsoring its second #OptOutside campaign, with corporate partners that include Subaru and Google as well as hundreds of nonprofits. (Last year, the campaign claimed 1.4 million people and 170 organizations participated.)

While activewear is currently in something of a slump, according to the NPD Group, “sales at Patagonia are strong,” Matt Powell, its sports industry analyst, tells Marketing Daily. “For the third quarter, sales of most outdoor activewear declined.”

Sales at the North Face, owned by VF Corp., fell in the mid-single-digits in the Americas, for example, as did revenues at VF’s Timberland division. At Columbia Sportswear Co., North American revenue dropped 6%.