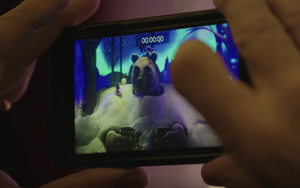 Sure, New York’s Fifth Avenue packs more holiday magic than most cities, but people all around the world flock to holiday windows, often making it a family ritual. In a year when the tiny screens of mobile phones are expected to exert an enormous pull on seasonal sales, those windows can seem like snowflake-covered anachronisms.

So Marketing Daily asked David Spaeth, CEO of Spaeth Design, the company that designs some of the biggest store windows each Christmas, to explain why the centuries-old marketing tactic of window dressing is still so powerful.

Q. First, about your background. You started in aerospace, right? How did you get from the flight deck to creating windows for stores like Sakes, Lord & Taylor, Macy’s and Tiffany?

A. Yes, I worked in flight control for helicopters, at Sikorsky and then Grumman. Believe it or not, it’s not that much of a jump. The linkages are similar, and there are the same kinds of controls and mechanisms. My parents had started the business with things like Christmas trees and wreaths, and I wanted to make displays that came alive.

Q. Some people might argue that windows are archaic, or that they don’t change much from year to year. Why do you think people love them so much?

A. Everyone wants to be entertained. And, in the same way that people enjoy decorating their own homes for the holidays, there’s joy in it. That’s why they wait in lines that are so long they sometimes wrap around the block.

Windows remind us of a simpler day. It’s something our parents took us to see, and a tradition of remembering. That’s especially important in the age of the Internet and so much digital media. Nobody knows what Amazon looks like.

Q. As a mechanical engineer, the details of your windows are important. Has anything ever gone wrong?

A. Believe me, coming from airplane mode, we challenge each other about failure modes. One of the most unusual successes we had was for Macy’s one year. The company wanted a functioning roller coaster, but with cars that looked like reindeer. My first reaction was, “No way. Loop-de-loops?” But the client heard, “Maybe.” It took all summer, but we did it. It was working beautifully, but we worried it might go off track and shatter the window. One of the engineers determined it took 21 seconds to go through the whole pattern, and he built a cell phone and a timer into the window, so that if it ever went a half second faster or slower, it would let us know something was wrong. On Christmas morning, I got a text from the window phone that just said “Merry Christmas,” and panicked. Then I realized they were just playing a joke on me—he had programmed that in. We calculated that after eight weeks, that coaster had traveled the equivalent of New York to Las Vegas.

Q. OK, so that one was a hit. Have you ever seen windows flop?

A. Yes. Once, for example, a client asked for a circus theme. And people tend to associate circuses with the spring, not Christmas. So people didn’t really get it. The colors were wrong, and not traditional for the holidays. It was confusing. Another time, a client asked us to work with some fashion designers, each with a different vision for their window. Some were bizarre, and some were offensive. But flops hardly ever happen. Most clients want to engage people. They’re not trying to make a statement.

Q. What impact do window displays have on people?

A. They make them happy. Often, what makes a window work is that it gives parents a chance to explain something to children, like a fairy tale. Our windows just supply one scene, and they get to fill in the rest.

A. I can’t. Do you want to know my favorite child, too?