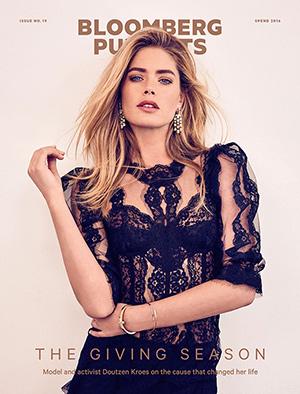 Bloomberg is shuttering the print edition of Bloomberg Pursuits, just nine months after increasing its frequency from quarterly to bimonthly.

The December issue will be its last.

"We're deliberately shifting Bloomberg Pursuits to a digital-first brand for our audience of global business decision-makers, which will include a continued commitment to luxury content that will appear across our multiple platforms," a Bloomberg spokesperson told Folio.

The luxury magazine is distributed exclusively to subscribers of Bloomberg Terminal, the company’s software that analyzes financial market data. Annual subscriptions to the terminal start at over $25,000 per user.

Bloomberg Pursuits’ online content will continue to be free for readers. The magazine will lose a sense of exclusivity, given that its print edition was only available to Bloomberg Terminal subscribers.

The company claims that the Pursuits audience has an estimated household income of $2.8 million, higher than any other publication. It had a rate base of 375,000.

The announcement comes two months after Bloomberg Pursuits launched a show on Bloomberg TV, as well as landing slots on radio shows. Both programs will continue to air. No staffers are expected to be let go.

Launched in 2012, Bloomberg Pursuits increased its frequency from biannual to quarterly in 2013 and then up to six issues a year this March. At the time, editor Emma Rosenblum told Ad Age:" The decision to go to six was super exciting to me, because it's more content and more room for us to grow.”

Michele Chicoine, who is head of sales for Pursuits, added that the expansion was part of a greater commitment to Bloomberg's luxury platforms.

This is not the first big editorial decision made by Bloomberg in the last few months. Thirty newsroom staffers were let go as the company announced its plans to relaunch Businessweek in the second quarter of 2017.The magazine’s top editor Ellen Pollock and publisher Michelle Bosso will leave the publication.
death of print, magazines, print
Next story loading