Pew: Despite Surge, Most Prefer Real Stores To E-Commerce 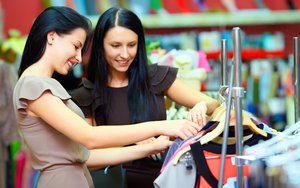 Even though nearly four out of five Americans are online shoppers—and the numbers of both mobile and social shoppers are growing fast—new research from the Pew Research Center reports that most people still prefer shopping in physical stores. And while reading online reviews is critical, there’s also a widespread mistrust about their credibility.

What stops them from doing so, typically, is finding what they think is a better price online: Some 65% say they generally compare online prices with in-store costs and go for the better deal. Not everyone is so conscientious, though. About 21% admit they buy in stores without checking online, and 14% say they buy online without checking prices in physical stores.

The study finds that online reviews continue to be one of the most powerful forces in e-commerce, with 82% saying they rely on reviews and ratings before buying. In fact, 40% of the overall sample (about 50% of younger shoppers) say they almost always do so. Yet they’re divided about the reliability of those reviews, with 51% saying they are typically accurate, but 48% think it’s hard to determine if reviews are unbiased or truthful.

Meanwhile, while it’s too early to tell how many shoppers braved the weekend’s frigid temperatures to go shopping, the National Retail Federation forecast that Saturday was likely to have been the busiest shopping day of the season, surpassing Black Friday.

The NRF says it expects that 66% of Americans, or about 155.7 million people, shopped on Super Saturday. It also reports that just one in 10 people is finished with their holiday shopping, and that most of us are roughly halfway done.