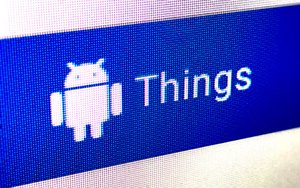 The transition from creating mobile-based systems to smaller connected devices for the Internet of Things may become more streamlined for developers thanks to a new IoT-specific platform from Google.

Android Things, which was recently launched into its preview stage of release, is a developer platform aimed at enabling fast and secure creation of IoT devices.

The idea of the platform is to provide a familiar development environment for industry professionals who have been creating hardware running on the Android operating system, such as smartphones and smartwatches, according to Google.

The framework appears to essentially treat IoT devices as smartphones, but without the core phone functionalities and adds support for future sensors and other capabilities not used in smartphones.

Compared to Android, the capabilities of the Android Things operating system seem to be generally stripped to the lowest common denominator of device functionality. For example, the guidelines assume some devices may not have a screen, such as beacons or other sensors, and therefore does not require a user interface to be designed.

Other functions that are not carried over to Android Things include phone calls and text messaging, calendars, settings, camera functions, music and video, among others.

In addition to the actual development and implementation of IoT devices, the Android Things platform aims to ultimately provide an end-to-end infrastructure for launching and securing the devices at scale.

Future plans for building out the platform include pushing operation system patches and security fixes, similarly to how Android operates on smartphones and tablets, as well as developer software updates. All of this would be done securely, according to Google.

This type of infrastructure alone may help in the ongoing battle for device security within the Internet of Things.

Some IoT devices have already been hacked because the system to update the device’s software and firmware was not secure, providing a point-of-entry for the hack.

For example, a team of researchers remotely loaded malware onto and took control of Philips Hue smart lights in an office building by flying a drone nearby, as the IoT Daily recently reported (IoT-Device Cyberattacks Expand To Connected Lights, Hacked Via Drone).

In that study, the drone was equipped with a transmitting device that connected to the smart light by tricking the bulb into thinking the device was a firmware update. Once the two were connected, the malware was transferred to the bulb, which could then automatically repeat the process with any other smart light nearby, granting the researchers full control of all of them.

Although the vulnerability was communicated to Philips and a security patch was issued, the researchers found a fundamental security vulnerability in the connectivity standard used by the lights and other IoT devices.

Along with providing a framework for building IoT devices, Google is updating and consolidating its cloud-services Weave platform to bring support for a broader range of devices.

With self-contained services available with Weave, such as the Google Assistant, developers can integrate additional functionality into their devices, as well as enable them to communicate with other IoT devices with little extra work, according to Google.