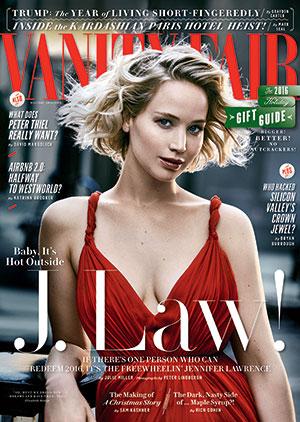 This was the highest number of subscriptions sold in a single day at Condé Nast, a spokesperson told numerous media outlets.

Trump tweeted on December 15: “Has anyone looked at the really poor numbers of @VanityFair Magazine. Way down, big trouble, dead! Graydon Carter, no talent, will be out!”

His tweet was a response to a harsh Vanity Fair restaurant review published a day earlier by Tina Nguyen, "Trump Grill Could Be the Worst Restaurant in America." In the article, Nguyen called the Trump Tower restaurant "a cheap version of rich," adding the steak and mashed potatoes resembled “a dead body inside a T-boned minivan.”

Trump also has a beef with Vanity Fair Editor in Chief Graydon Carter, who called Trump a "short-fingered vulgarian" in a Spy magazine article from over two decades old.

Trump’s tweet predicting the death of Vanity Fair has little evidence in reality. The magazine has seen a 2% increase in revenues year-over-year, Condé Nast told Folio. Digital revenues are up 74% year-over-year, while VF.com had 14.3 million unique views in October, a 26.5% increase compared to the same month in 2015.

Vanity Fair is using Trump’s remarks as part of its marketing campaign. A banner ad on its Web site reads, "The 'way down, big trouble, dead' magazine Trump doesn't want you to read! Subscribe now!"

The “Trump bump” is not a new phenomenon. While the President-elect continues his attacks on mainstream media outlets, magazines and newspapers have counter-intuitively reported growing subscription rates or donations.

For example, subscriptions to The New York Times surged after the election, with 41,000 new subscribers. In April, Publishers Daily reported on research from GfK MRI, which showed that when Donald Trump appeared on a magazine's cover, more readers were attracted to read that issue.

Along with the rise of fake news, readers are beginning to see the benefits of paying for journalism.