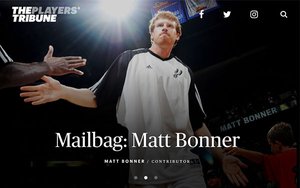 The Players’ Tribune has secured $40 million in Series C financing to expand the site’s video production, sales and editorial operations, as well as develop new distribution and revenue opportunities.

Players' president Jaymee Messler stated that athletes made up nearly 20% — or about $8 million — of this round of financing, which she called “a true testament to the strength of the athlete community we’ve built.”

“This investment will enable us to test new ways across a variety of platforms to help athletes tell their stories and to create immersive content that brand and strategic partners want to support,” Messler added.

The site raised $15 million in Series B funding in 2015,  led by venture capital firm New Enterprise Associates, as well as an investment from NBA star Kobe Bryant.

The Players’ Tribune was launched in 2014 by former Major League Baseball player Derek Jeter. The site’s articles are written by athletes; it is an outlet to give them more control in how they engage with fans. More than 1,200 pro and college athletes across multiple sports have contributed to the site through features, video programming, audio and photography.