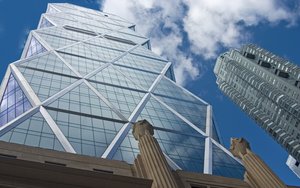 Hearst has bought 145-year-old, Michigan-based newspaper publisher The Pioneer Group, a move that indicates big publishing companies are still willing to bet on local papers as a lucrative business opportunity.

The Pioneer Group was led by fourth-generation family owners Jack Batdorff and his son John, who serve as chairman of the board and president and CEO, respectively. The group was founded in 1862 with a four-page weekly distributed in Big Rapids, Michigan.

"We have every confidence that Hearst will be good stewards of the community, and will be a progressive community partner, a goal we've tried to fulfill over the years," stated the elder Batdorff.

According to its site, the Manistee News Advocate has “over 3,500 paying customers.”

This deal expands Hearst’s portfolio of local newspapers in Michigan, which includes the Huron Daily Tribune and the Midland Daily News.

The Pioneer publisher John Norton, who will continue in his role following the acquisition, stated that Hearst’s “major investment” in digital marketing solutions will roll out into The Pioneer Group’s markets, “adding more choices and value for our customers.”

Last month, California-based McClatchy bought The Herald-Sun of Durham, North Carolina from Kentucky-based Paxton Media Group, another major publishing company investing in local media. The Herald-Sun, which was formed in 1889, became one of 29 newspapers across 14 states owned by McClatchy, including The Charlotte Observer and The State in the Carolinas.
local media, m&a, newspapers
Next story loading