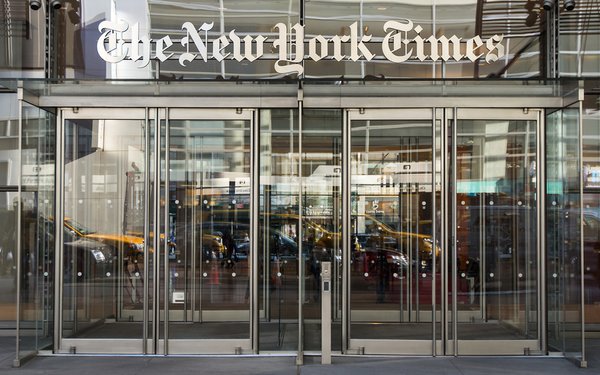 The New York Times is offering free Spotify Premium access to those who sign up for a one-year digital subscription, an effort to attract younger readers to pay for the newspaper.

Readers who pay $260 for an annual digital NYT subscription will receive a subscription to Spotify Premium, the ad-free music streaming service that usually costs $120 a year. It houses more than 30 million songs and 2 billion playlists.

The companies did not reveal how they will split revenue from this deal.

The package costs $5 per week at first — a 20% discount on the retail price for an all-access digital subscription to the NYT. After the first year, the subscription goes up to $6.25 per week.

“All Access” plans from the NYT already run $6.25 per week. The deal is only available for new subscribers.

While a partnership between a legacy publisher and a trendy music service may seem unexpected, the NYT's CRO Meredith Kopit Levien told Bloomberg: “If you think about the places where people spend their time in media, they spend a lot on music and a lot on news… So it made for a very positive association.”

The two companies will promote the offer on their platforms and work together on digital advertising, Levien added.

She stated that “personalization and curation” are central to what both the NYT and Spotify do. “News and music have gone hand-in-hand since the early days of radio.”

The partnership is likely an effort by the NYT to get closer to reaching its goal of 10 million digital subscribers. Partnering with Spotify will help it attract millennial readers, as well. Levien told Bloomberg the company was focusing more seriously on “how many young people we have engaging with us, and how we deepen those relationships.”

The NYT experienced a jolt in subscriptions after the election of President Trump, helping it offset a decline in print advertising by snagging 276,000 net digital-only subscriptions in the last three months of the year. It is likely hoping this deal will continue its momentum in growing subscription revenue.