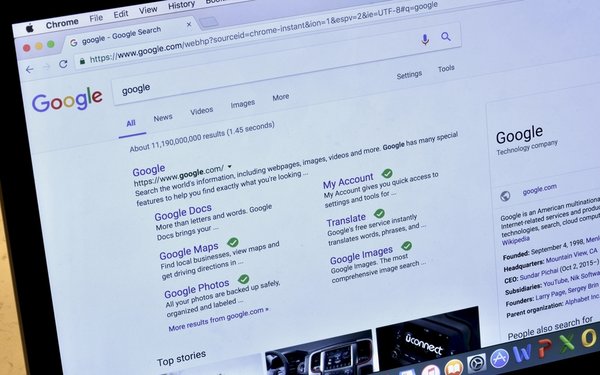 Siding with Google, a federal judge has dismissed a lawsuit brought by search engine optimization company e-ventures Worldwide, which claimed its sites were wrongly removed from search results.

U.S. District Court Judge Paul Magnuson in the Middle District of Florida said in a ruling issued this week that Google has a free speech right to decide which search results to display.

"Google’s actions in formulating rankings for its search engine and in determining whether certain websites are contrary to Google’s guidelines and thereby subject to removal are the same as decisions by a newspaper editor regarding which content to publish, which article belongs on the front page, and which article is unworthy of publication," U.S. District Court Judge Paul Magnuson in the Middle District of Florida said in a ruling issued this week. "The First Amendment protects these decisions, whether they are fair or unfair, or motivated by profit or altruism."

The decision grew out of a lawsuit filed by e-ventures in late 2014. The company alleged in its original complaint that Google removed 231 sites associated with e-ventures' Webmaster tools. Google allegedly notified e-ventures that the sites would be de-listed because they were "pure spam."

"Identifying what Google believes is 'pure spam," and remedying the problem to remove the "pure spam" designation, without any specificity from Google, is a potentially insurmountable task," e-ventures wrote in the complaint, which accused Google of engaging in unfair and deceptive practices and interfering with business relations and defamation. e-ventures later dropped the defamation claim and added an allegation that Google violated a law regarding unfair competition.

Magnuson noted in his ruling that e-ventures' consultant told the company its sites were spam.

"In its attempts to secure re-listing of its sites on Google, e-ventures admitted that its sites were littered with doorway domains and scraped content -- e-ventures told Google that its single topseos.com site contained 18,000 scraped articles, 46,000 scraped press releases, and more than 28,000 scraped job listings,"Magnuson added.

He said that Google restored 50 e-ventures sites in November 2014, and that e-Ventures "abandoned" 100 others by consolidating them into a single domain.

Magnuson's ruling comes nine months after he rejected Google's request to dismiss the case at a preliminary stage.

"Of course Google can de-index sites it thinks are spam," Goldman writes on his blog. "It’s hard to believe we’re still litigating that issue in 2017."

He notes that Google prevailed in prior lawsuits accusing it of wrongly demoting companies in the search results. In 2003, a federal judge dismissed a lawsuit about that issue brought by SearchKing; in 2006, a different judge threw out a similar lawsuit by KinderStart.