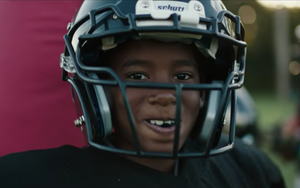 Things are looking up for Dick’s Sporting Goods, at least in the manner of the last-man-standing: Bankruptcies and retail contractions among competitors boosted its business in the most recent quarter.

But instead of taking time to celebrate, the company says it is making strategic changes, slashing the number of vendors it uses and scrambling to beef up private-label and e-commerce sales. And it’s trying to keep pace with an American public that’s changing the way it plays, losing interest in sports like football and baseball and diving deeper into athleisure pursuits.

In its fourth-quarter results, the company says same-store sales gained by 5%, fueled in part by the closures of competitors like the Sports Authority and Golfsmith. (It says the Chicago Cubs win in the World Series and good weather helped, too.) Total sales for the period climbed to $2.48 billion, from $2.23 billion a year ago.

“We've taken advantage of the market disruption by capturing significant market share left behind by TSA, Sport Chalet and Golfsmith,” CEO Edward W. Stack says, in a conference call with analysts. Gander Mountain’s recent bankruptcy is also likely to send shoppers towards Dick’s, where performance in the hunting category has been weak.

Stack says the company is choosing this moment to jettison 20% of its current vendors, focusing on the largest brands even as it expands its private-label offerings. “We remain extremely enthusiastic about Calia, which has risen to become our third-largest women's brand in less than two years. Looking ahead, we will expand offerings in Calia, Field & Stream, Reebok and other key brands. We'll also be launching two exciting new brands this spring. As a result, we expect our private brand business to reach approximately $1 billion in sales this year.”

E-commerce also brought in $1 billion, and now accounts for about 12% of sales.

But net income fell to $90.2 million, compared to $129 million in the year-ago period. Pretax charges include writing down $46 million in inventory that doesn’t fit this new merchandising strategy, and

$47 million related to impairments and store closing charges. And for the year ahead, it’s expecting subdued sales gains of between 2% to 3%.

Part of Dick’s strategy involves being the go-to destination for youth sports, and it’s been active in efforts to raise funds through its green shoelace program, which results in a donation of $2 for every pair sold. Its #SaveYouthSports efforts have pledged some $50 million to support teams and raise awareness about the funding crisis, including helping teams like this one.

But the just-released results of the 2017 Sports & Fitness Industry Association report on manufacturers’ sales by category reveals an ongoing shift away from such sports as football and baseball, with big jumps in sales of products linked with athleisure.

The group says that while overall sales in the category gained 2% to $87.7 billion last year, results were “choppy” and disrupted by bankruptcies. “We saw pockets of growth and signs of vulnerability. The sustainability of the ‘athleisure’ phenomenon continues to be a strong positive sign,” the report says.

But by category, sales of products related to baseball/softball dropped 1%, boxing, 9%; golf, 3%, and tennis, 8%. Total football sales were flat, with declines in uniform sales and footwear. Gainers include soccer, which grew by 5%; basketball, 3%; camping, 6%; firearms, 9%, and lacrosse, 4%.