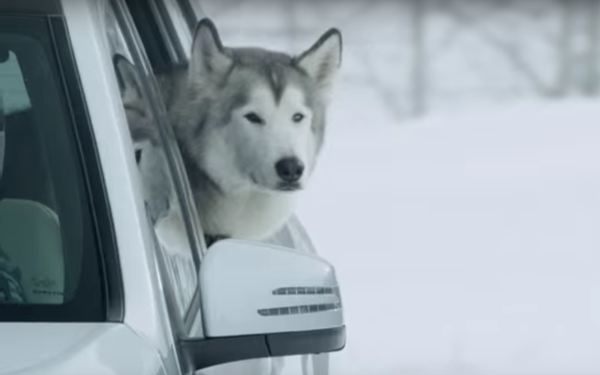 This is a social media campaign that went viral. Via its #MBPhotoPass campaign, the company is slaying user-generated content as a way to appeal to their different buyer personas and get audiences engaged. The company “passes” access to their Instagram feed to social influencers, journalists, photographers and team members to curate content for the account for certain periods.  Mercedes worked with over 40 photographers and influencers, including Loki, a wolf dog with 1.3 million Instagram followers. Using 360-degree cameras, Loki and his owner, Kelly, go for a drive with videos showing the interior and exterior of the vehicle plus dog and owner playing in the snowy landscape.

Mercedes let the influencers tell a story using their vehicles. Along with access to the Instagram account, these influencers were given the keys to a Benz to drive around while they are taking pictures and curating the company's Instagram account. Instagram alone generated 173 million impressions, 2.3 million likes and comments, and $4 million worth of earned media. To date, there are more than 8,500 user-generated photos on Instagram tagged #MBPhotoPass.