And That's That: 'The O'Reilly Factor' Is No More 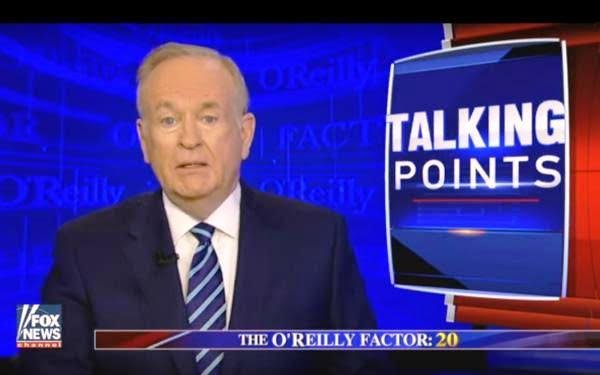 By Thursday morning, the Fox News Channel Web site had been freshly scrubbed.

Click on the show title and you got nothing -- no “O’Reilly Factor” landing page, no “Talking Points Memo” video, no O’Reilly opening the show with a big grin, dramatically pointing an index finger at the camera and announcing, “Caution! You are about to enter the No Spin Zone! The 'Factor' begins right now.”

They’re nothing if not thorough over at 21st Century Fox Television. And so it’s good-bye to all that, and hello to next December’s end-of-the-year lists of the top stories in television -- on which the O’Reilly dethroning will likely be item No. 1.

After 20 years, this is how it ends, with the star fired during his vacation. When these things happen, the firee is often barred from reentering the place of his employment even to collect his things. O’Reilly -- once Big Man on Campus at Fox News Channel -- is now suddenly left outside with his nose pressed against the lobby window.

O’Reilly issued a statement denying the sex-harassment charges that have been leveled at him. “It is tremendously disheartening that we part ways due to completely unfounded claims,” the statement said. “But that is the unfortunate reality many of us in the public eye must live with today.”

If he is taking a defiant position in public, in private it is probably not the case. It is being reported that he stands to collect severance payments in the neighborhood of $40 million. That will certainly soften the blow.

But it’s also true that for men like O’Reilly, their shows -- and the public forum they represent -- are everything.

I barely know Bill O’Reilly, but I don’t think it’s a stretch to guess that he would have rather had his run at Fox News end differently than this -- with honors, thank yous, congratulations all around, a celebratory banquet, a laurel and hearty handshake.

Now he must live with the fact that everywhere his story is told forevermore, his firing under a cloud of sexual harassment allegations will be mentioned in the first or second sentence.

There are plenty of people gloating over O’Reilly’s dismissal. There are many who are taking the “he had it coming to him” point of view, and they aren’t entirely wrong. If he is guilty of boorish behavior at the office, then he has only himself to blame for it.

Defiance is one way of dealing with such an embarrassing public debacle. Adopting some humility through the process of learning from one’s mistakes and owning up to them would be another way -- and possibly the better way, in the long run.

Many of the gloaters are going so far as to suggest that the dominance of Fox News Channel in the cable-news arena is finished without O’Reilly. That’s wishful thinking on the part of the Fox News haters.

Fox News is a very strong brand. And for millions who share the network’s right-leaning point of view, there is no alternative on TV. They will continue to flock to Fox News whether Bill O’Reilly is there or not.

news, tv
6 comments about "And That's That: 'The O'Reilly Factor' Is No More".
Check to receive email when comments are posted.
Read more comments >
Next story loading