New 'Love Connection' Is Easygoing And Easy To Like 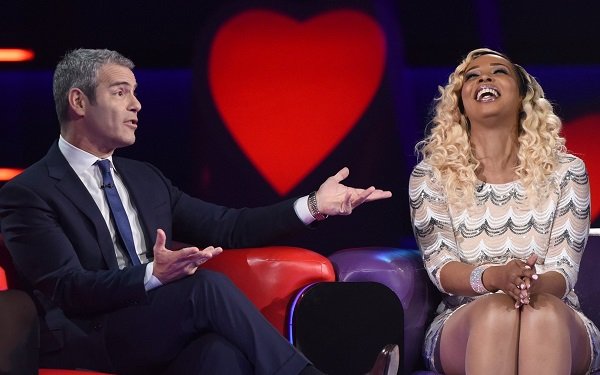 Confound it! This new “Love Connection” turned out to be A-OK.

Please don’t accuse your friendly neighborhood TV critic of being closed-minded, but it’s true that a critic often approaches the task of previewing some new shows in a skeptical frame of mind.

It comes with the territory. Like the barnacles that collect on the hull of an old ship the longer it remains in port, skepticism cannot be scraped off of a TV critic very easily.

Such was the case with this new version of “Love Connection” hosted by the tireless Andy Cohen and premiering on Fox Thursday night. My first reaction after setting up the premiere episode to watch earlier this week on Fox’s proprietary Web site for TV columnists was this: “Holy crap,” I thought, “this thing is an hour?!”

Fans of the old “Love Connection” with Chuck Woolery will recall that it was a half-hour, a length which seemed just right at the time. So how can the “Love Connection” experience possibly benefit from stretching it to an hour?

The answer is: At this length, somehow it works. At least where this one episode is concerned, the key seems to be that the producers of this new “Love Connection” have been careful to preserve the old show’s inherent harmlessness.

The best attribute of the old “Love Connection” was that, for the most part, it was nice. Even when the show’s daters didn’t like each other, the show rarely (if ever) devolved into nasty exchanges peppered with f-words or below-the-belt insults.

Here in the present day, with so much confrontational television reveling in these very characteristics, it may have been tempting to take the discourse down a couple of notches on this new, contemporary “Love Connection.” But it appears that Cohen and company have wisely resisted this temptation.

The premiere episode of “Love Connection” features two contestants, both from Chicago, where the episode appears to have been filmed. One is a 33 year-old man and the other a woman about the same age (seen with Cohen in the photo above).

They were each set up on three dates. On the show, they discuss how each of the dates went, while the people they dated are seen on a screen contributing their own impressions. As host, Cohen moves the proceedings along with his usual sunny energy.

As noted here previously, Cohen he is a very capable interviewer on his Bravo talk show “Watch What Happens Live” and he brings his inherent curiosity to this new “Love Connection.” He has an instinct for knowing the questions viewers want to hear him ask, and he is not afraid to ask them.

Spending an hour with him and a couple of ordinary people who went out on simple dates is not the worst way to spend some time in front of the boob tube. As a TV-viewing experience, watching “Love Connection” is not disgusting, insulting, off-putting or appalling in any way.

And isn’t that refreshing?

“Love Connection” premieres Thursday (May 25) at 9 p.m. Eastern on Fox.