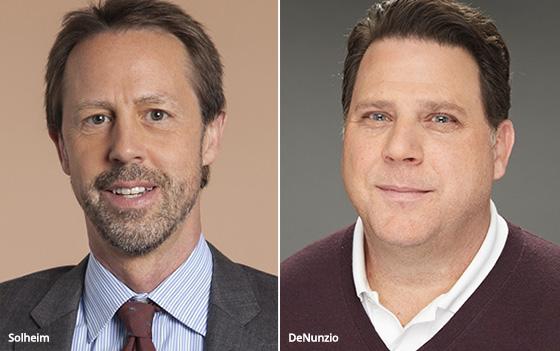 and Kiplinger’s Personal Finance magazines are getting new editors.

David DeNunzio has been named editor-in-chief of Golf and Golf.com. He is replacing David Clarke, who is retiring after 12 years at the helm.

DeNunzio, known as “DeNunz” in the office, is the former managing editor of Golf’s Instruction content across the site and magazine, managing the "Top 100 Teachers" franchise. He is the author of more than 90 cover stories for Golf.

DeNunzio has been at Time Inc.’s Golf title since 2006. Previously, he was editor-in-chief of Golf Tips magazine.

In a memo, Sports Illustrated Group editor-in-chief Chris Stone stated DeNunz has been a "central figure in the digital transformation of the franchise." A redesign earlier this year yielded a record traffic month in April and continued success in May, when it enjoyed 39% growth year over year, Stone noted.

Separately, Mark Solheim has been named editor of Kiplinger’s Personal Finance. He is taking over for Janet Bodnar, who is retiring after eight years in the role.

Bodnar will continue writing her “Money Smart Women” column; she will also continue as a magazine ambassador with speaking and media appearances.

Publisher and editor-in-chief Knight Kiplinger stated Solheim has been with the publication since 1980, starting as an editorial assistant and working "his way up to leadership roles on the front lines of both traditional and digital media—including a stint as editor of Kiplinger.com.”

“There has never been a more exciting—or important—time for journalism, and the delivery of unbiased, accurate information and advice to American families," stated Solheim. “The need for high-quality reporting by trained journalists has never been greater."

The Washington, D.C.-based organization claims to have created the nation's first personal-finance magazine in 1947. Founded in 1920 by W.M. Kiplinger, the company also says it developed one of the country’s first successful modern newsletters. The Kiplinger Letter, launched in 1923, remains the longest continuously published newsletter in the U.S.
finance, magazines, management
Next story loading