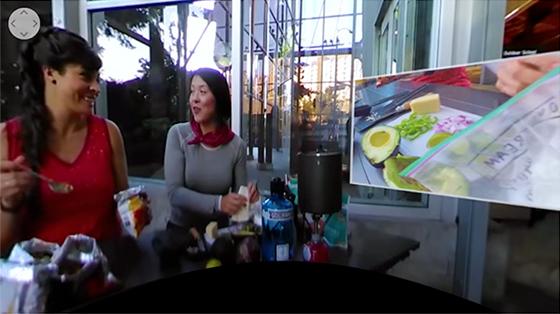 Meredith Corp.’s social-focused food title Allrecipes is partnering with outdoor and camping retail store REI on an online hub called "Camp Out." It will serve as a guide and inspiration for this summer’s campers, featuring recipes, videos and other content.

Esmee Williams, Allrecipes' VP of consumer and brand strategy, stated the magazine would offer a campout cooking destination "that provides the inspiration, know-how and resources needed to take their starlight snacks and suppers to the next level.”

The cooking and camping guide is located on a hub at the Allrecipes site. It is comprised of three sections.

“Backyard Adventures” gives camping beginners information on how to start out in their own backyard, with articles featuring DIY pizza party ideas and tips on how to plan a backyard campout.

The “Car Camping” section gives advice and recipes on cooking in the wild, like campfire-dinner recipes and gear for cooking outdoors. “Off The Grid” caters to more experienced campers, with a backpacking checklist and recipes for trail snacks.

For the “Camp Out” initiative, Allrecipes is also producing Facebook 360 videos in partnership with REI at their flagship store in Seattle. They star the trio behind Dirty Gourmet, a live cooking and outdoor cooking blog, as well as REI Outdoor School experts.

One of the Facebook 360 videos is filmed at REI’s Pinnacle rock wall climb in Seattle. It shows how to make a taco in a bag while camping. Another video shows how to make Dutch oven chilaquiles, a Mexican dish. The videos will be distributed on Allrecipes’ Facebook and YouTube pages.

Allrecipesclaims to attract 1.5 billion annual visits across various platforms. It launched a print magazine in 2013 and has a current rate base of 1.3 million and reaches an audience of 7.6 million.
food, magazines, web sites
Next story loading